Yo-Yo Ma performs as soloist with the Chicago Symphony and Daniel Barenboim in a magnificent performance of Elgar’s Cello Concerto. This version is much different from the one Jacqueline Du Pre did with Barenboim- hers is a more avant-garde performance,; she often disregards Elgar’s intended tempo or dynamics. I prefer the stability and crispness of Ma’s playing here.

The second part of the first movement should appear as one of the options after the video ends. It should be titled ’02 Brahms Violin Concerto’. The same should be true of the third part.

A Message To Those Who Still Support Joe Paterno

For many years, Joe Paterno was revered and admired as a skilled football coach, a visionary who cared deeply about Penn State University. Even as more and more evidence surfaced about his former assistant coach, Jerry Sandusky, the Penn State community stood in solidarity with Paterno. It appeared that Paterno was innocent, that he knew nothing of the horrific abuses committed by Sandusky. Now that solid evidence has surfaced that Paterno knew about the abuses all along, and tried to cover them up, the late football coach deserves no support whatsoever. His actions merit no positive recognition. Instead of helping out the abused by reporting the paedophile, he wilfully ignored the victims, forever tainting his and Penn State’s reputation.

Giving this man support ignores the abuses Paterno covered up, and is unfair to the victims whose lives were terribly changed.

Calm Down, Everyone! The President Really Doesn’t Have Much To Do With Gas Prices

Don’t worry-he’s not out to get us.

Since the time when President Barack Obama took office in 2008, the average price of gas in the United States has risen from about $1.86/gal to $3.37/gal (gasbuddy.com). This very large increase has forced Americans to cut back on shopping trips and taken money out of their pockets. Republican politicians have been quick to blame the increase in price on President Obama, and many Americans, desperate for an answer, have decided to agree.

If only the price of gas were so simple. In reality, the world’s demand for oil, and its international price (over which Obama has a minute amount of control), play a role in how much Americans pay at the pump. More close to home, the Deepwater Horizon oil spill has also affected the price of gas.

The extreme growth of China and other developing countries has generated a large demand for crude oil, the material from which gasoline is made; because there is not an unlimited supply of oil, the price rises (Green). Basically, Americans aren’t the only people who want gas; there are many other people all over the world who need it. Because the demand for the limited supply is high, the price rises.

After the Deepwater Horizon oil spill, United States oil drilling slowed significantly in the Gulf of Mexico due to a moratorium placed upon drilling by the Obama administration (Green). When it was lifted, a significant amount of revenue was lost. Though this contributed slightly to the rise in the international price of oil, the environmental trade-off was well worth it.

Though he did briefly stop U.S. drilling in the Gulf of Mexico, President Obama doesn’t really influence the cost of gas. International supply and demand is the main reason why the cost fluctuates so much.

It should perhaps be noted that Obama isn’t the only president who has seen a rise in price of gas during his presidency. During George W. Bush’s second term, the cost rose from $1.86/gal at the beginning, and reached a high of $4.12 in the summer of 2008!

Gasbuddy.com, Huffingtonpost.com, and American.com were used as sources for this article. Please contact me for full citation information.

Though the Catholic Church is far from approving the idea, the Episcopal Church voted to approve the blessing of same-sex couples. The Church, which at nearly two million members is the “largest U.S. denomination to officially sanction same-sex relationships”, also voted to allow transgender Christians to become priests (“Episcopal Church Approves Same-Sex Blessing Service“).

The Rev. Ruth Meyers, who helped develop the blessing, said that though the blessing was not the same as marriage, there were “‘a lot of similarities. The couple give their consent to being joined in lifelong commitment, they exchange vows…There is a blessing over the couple'” (“Episcopalians Approve Rite to Bless Same-Sex Unions“).

Though a good number of bishops and clergy were against the decision, it was widely approved; in the House of Bishops, 111 people voted in favor, 41 against, and 3 abstained (“Episcopalians Approve Rite to Bless Same-Sex Unions“).

With these decisions, the Episcopal Church demonstrates its willingness to adapt to the changing times around it. This is essential; now more Americans can experience the freedom they deserve.

CNN.com and The New York Times were used as sources for this article. Please contact me for full source information. 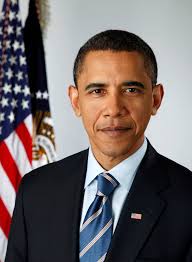 A Journey through the News*
Blog at WordPress.com.